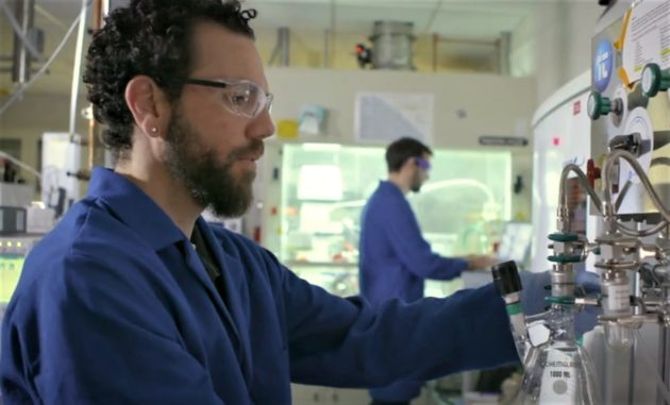 Experts in the weird and woolly field of quantum computing tend to concentrate on one slice of the challenge, whether it’s developing hardware, algorithms or applications — but in the region that’s home to Microsoft and Amazon, the University of Washington and Pacific Northwest National Laboratory, a new consortium is going after the whole stack.

We’re not talking about pancakes or sandwiches here. We’re talking about the Northwest Quantum Nexus, which is aiming to widen a network of quantum connections for researchers, developers and business leaders. The group, led by Microsoft Quantum, PNNL and UW, was formally unveiled today in advance of its inaugural summit this week at the university.

Quantum computing goes in a direction that’s different from the classical computing techniques that have ruled the tech world for decades. In contrast to the on-or-off, one-or-zero bits of today’s digital computers, tomorrow’s quantum computers juggle fuzzy “qubits” that can be one-and-zero simultaneously until the result is read out. Researchers say the technique could potentially crack types of problems that classical computers couldn’t touch, even if they ran their algorithms for the lifetime of the universe.

Over the next five years, the field will be getting a $1.2 billion boost in federal funding, thanks to the recently approved National Quantum Initiative Act. And that flood of funding and attention is energizing computer scientists across the country.

“We have a nice juxtaposition of all the same ingredients for quantum expertise as well as all of the ingredients that make this a real hotbed for the tech industry,” Nathan Baker, director of PNNL’s Advanced Computing, Mathematics and Data Division, told GeekWire last week. “Together, that’s a perfect storm for making this thing feasible.”

Krysta Svore, general manager of quantum software at Microsoft in Redmond, Wash., said the Nexus has a “unique focus.”

“Other centers are focusing on different aspects of quantum information science,” she said. “If you think of the stack for a quantum computer, we have algorithms and software at the top, then we have materials and the qubit design at the bottom. What we’re doing with the Nexus is that sandwich. We’re focusing on the sandwich elements to drive development on the other aspects, to drive scalability and accelerate the field.”

Although the Northwest Quantum Nexus is just getting started, the Pacific Northwest has been a nexus for quantum information science for a long time. Microsoft has long had scientists working on the case at its Redmond headquarters, and it’s picked up the pace in recent years.

Just this month, the company inaugurated its own Microsoft Quantum Network to forge connections with startups and developers who are dialed into the Q# programming language and Microsoft’s Quantum Development Kit. The Nexus and the Network provide complementary channels for building the infrastructure for quantum computing.

PNNL, meanwhile, has been working to apply quantum computing principles to the development of exotic materials. Those efforts take advantage of computational chemistry tools such as the NWChem simulation software. Last year, PNNL won nearly $2 million in funding for a quantum computing chemistry project.

The University of Washington has a whole range of research areas that can take advantage of quantum principles, ranging from the purely theoretical to applied engineering. The different threads of research have recently been knit together into an initiative called QuantumX. 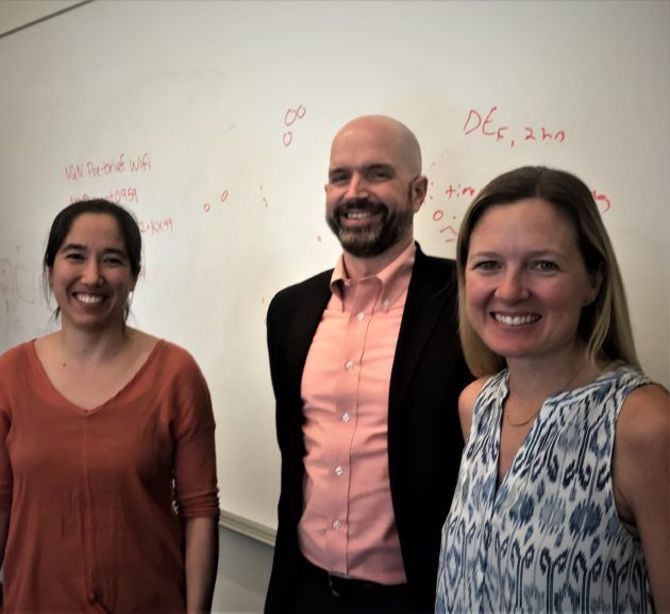 All three keystone partners see the Nexus as a way to kick things up a notch by expanding public-private partnerships.

For example, UW offered its first undergraduate-level class in quantum computing this quarter, with Microsoft computer scientists doing the teaching.

Kai-Mei Fu, a UW associate professor of physics and electrical and computer engineering who’s also the co-chair of QuantumX, sees signs of a “whole paradigm shift in education.”

“Most computer science departments don’t have people working in quantum information, and that has to change,” she said. “We need the brightest minds working in the field to take full advantage of the ‘quantum advantage.’ ”

One of the best-known applications for quantum computing is in the security realm, either to crack encryption codes or to open the way for new methods of secure communications. That angle has gotten a lot of attention from the White House and from a panel of experts assembled by the National Academies.