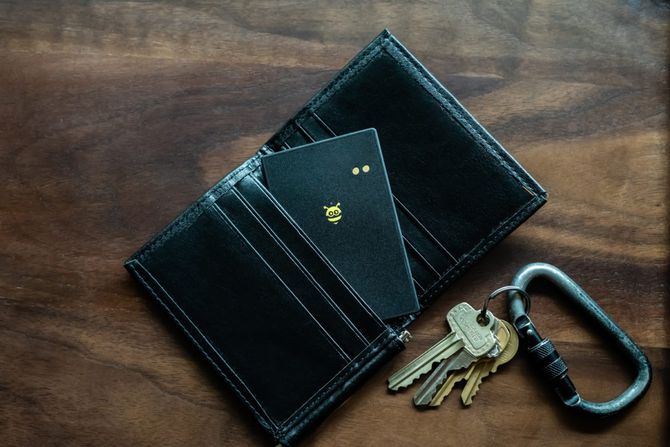 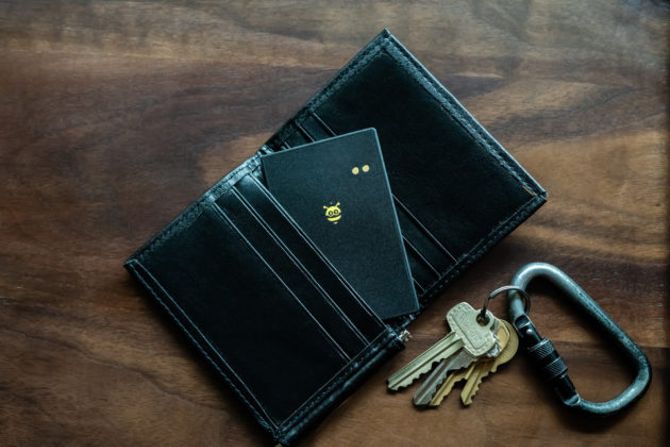 The PebbleBee BlackCard is a new credit-card-thin tracking device that can help locate a lost wallet or anything else. (Pebblebee Photo)

Pebblebee, the Bellevue, Wash.-based startup that makes a smart tracker to help people find missing keys and more, has found an investor.

The company, founded by engineers Daniel Daoura and Nick Pearson-Franks, has landed a “substantial investment” from Soracom, a division of the massive Japanese wireless carrier KDDI Corp. The amount, which was not disclosed on Tuesday, contributes to what Daoura called an “ongoing $10 million funding round.”

Pebblebee has been making moves toward growing its brand and reach since last fall when it landed the Finder tracking device in Costco locations across the U.S. Daoura told GeekWire that the product sold really well and “proved the market” and they have expanded to Canada and other countries. He said they started entertaining the idea of looking into acquiring capital because growing the consumer brand requires hefty investment.

“We got quite a bit of interest from the Bay Area as well as international VCs. Not so much local just because the nature of us being hardware and not software focused,” said Daoura, the startup’s CEO. 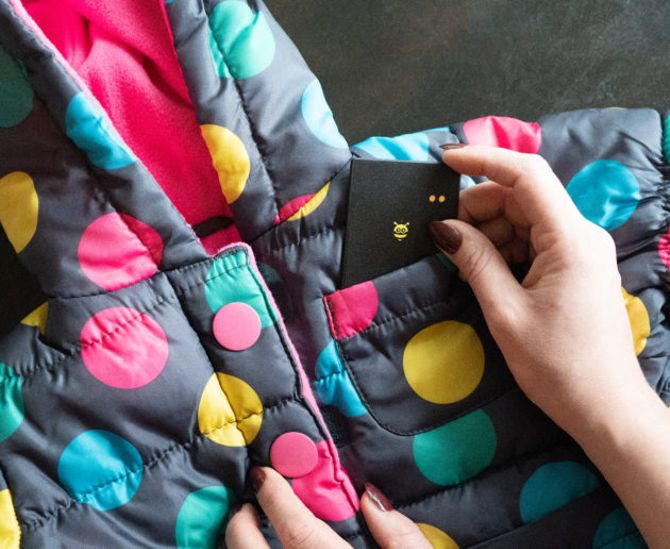 In the meantime, as Pebblebee aims to attract even more investors, the company isn’t slowing on development, and is releasing a new product this week called BlackCard.

The BlackCard has a range up to 500 feet — “definitely more than any other tracker out there today” — and will hold a single charge up to five months, and it emits a very loud buzzing sound. The price will be $29.99.

BlackCard will launch along with a new and improved Pebblebee website on Wednesday.

With eight employees, Daoura credits Pebblebee’s small team for bringing a Kickstarter vision to reality. “Their level of commitment and perseverance has been integral to our success,” he said.

Soracom Americas CEO Eugene Kawamoto said in a news release that his company is passionate about identifying and supporting companies like Pebblebee.

“Pebblebee’s hardware expertise and impressive patent library are already advancing the state of the art in the crucial asset tracking category,” said Kawamoto, who will take a seat on the Pebblebee board of directors. “By providing both smart connectivity and strategic investments, Soracom helps to accelerate IoT development and create a more connected world.”